About the NYC Subway System

The NYC Subway system is North Americas largest form of public transportation. The system has over 6,000 subway cars covering over 472 subway stations across its boroughs. On average, New Yorkers have a daily commute of 53 minutes, which is the longest commute in America.  The New York City subway system has an annual ridership of 1.757 billion passengers, providing a platform for your brand to target millions of consumers through subway advertising. With an estimated 5.5 million riders a day, it is one of the primary modes of transportation for the majority of New Yorkers and tourists and connects to all major attractions. 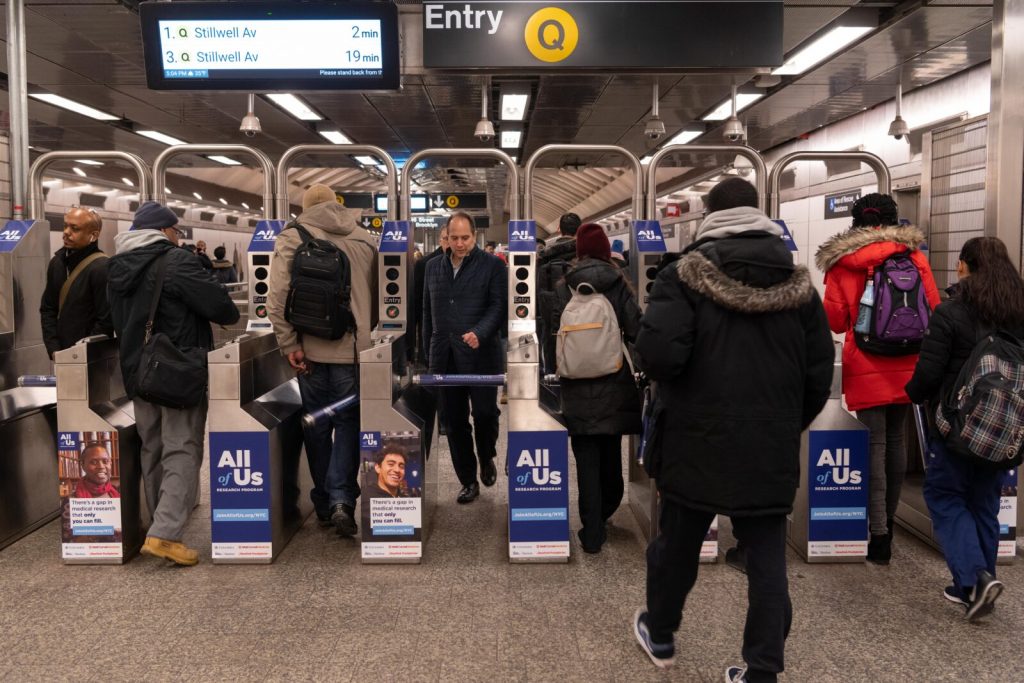 How much does it cost to advertise in the New York City Subway?

Situated on the subway platforms and walkways throughout New York City, vibrant and detailed subway advertising platform posters target key demographics — both multicultural and upscale audiences. These highly visible, clean posters demand attention in an otherwise hectic commuter environment — giving riders the opportunity to break away from their surroundings and to completely absorb your message. Forge new relationships with NYC’s 5 million+ daily riders through thousands of subway platform posters spread throughout the entire subway system. 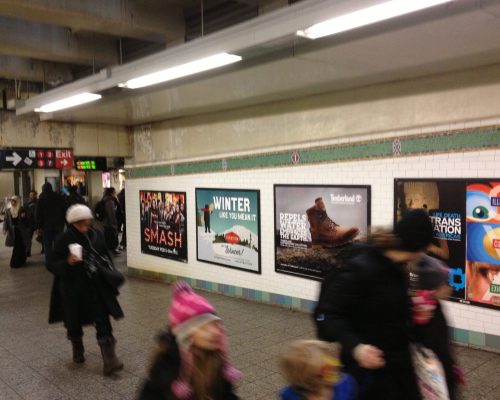 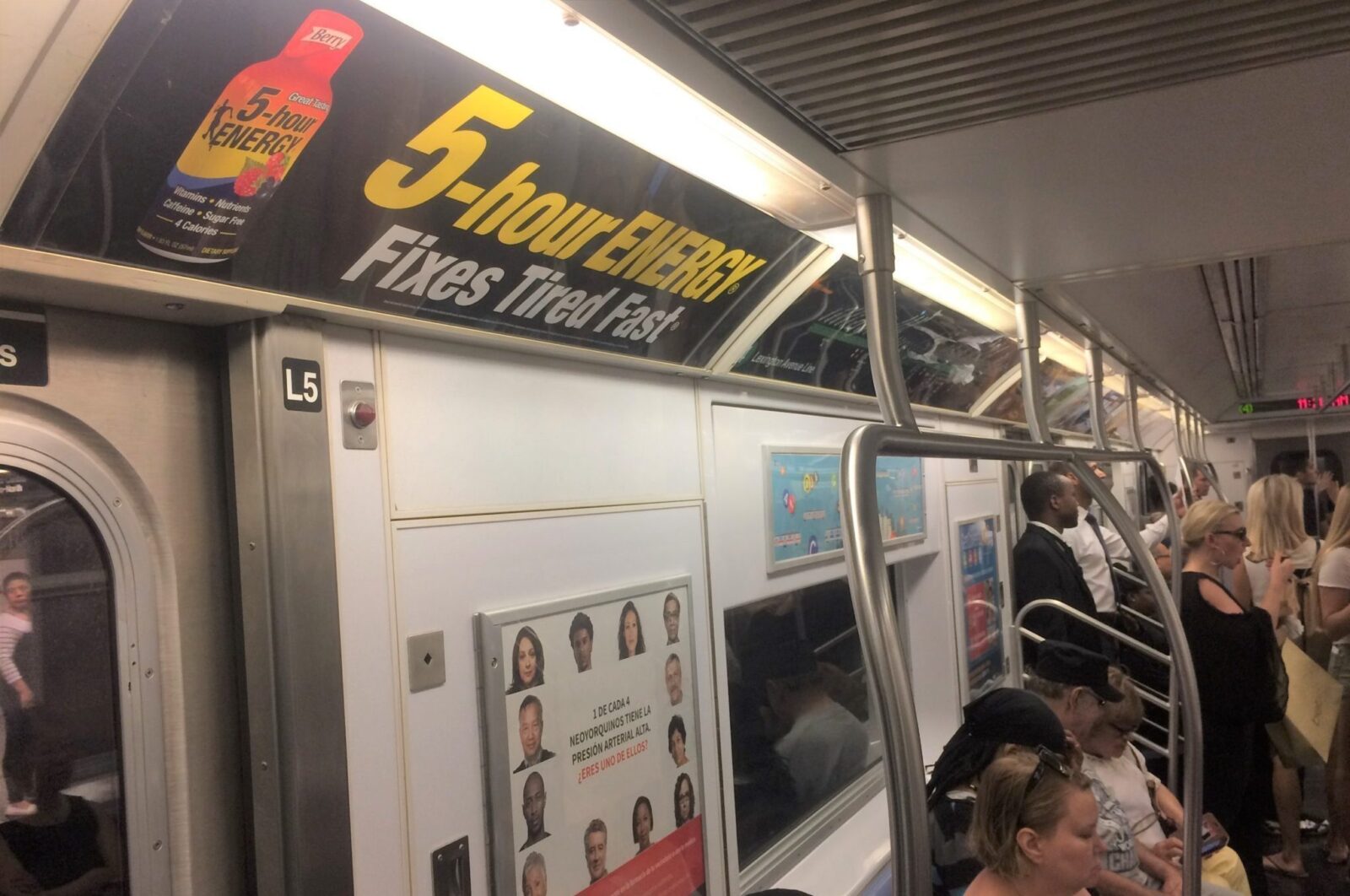 Subway advertising with interior car cards allows you to target the vast urban commuter audience, with heightened impact due to the captive nature of transit. These ads take advantage of the morning & evening rush hours, maximizing impressions among diverse ridership demographics including executives, street artists and everyone in between. These ads are sold in showing levels ranging from several hundred in small systems to quantities equal to 1000 car cards in New York City.

With the demand for digital advertising in major cities growing, many of the New York City subway stations are adding digital assets into the mix. These dynamic boards can be purchased by station or as a market buy. Digital liveboard advertising allows for quick changes and multiple creatives. 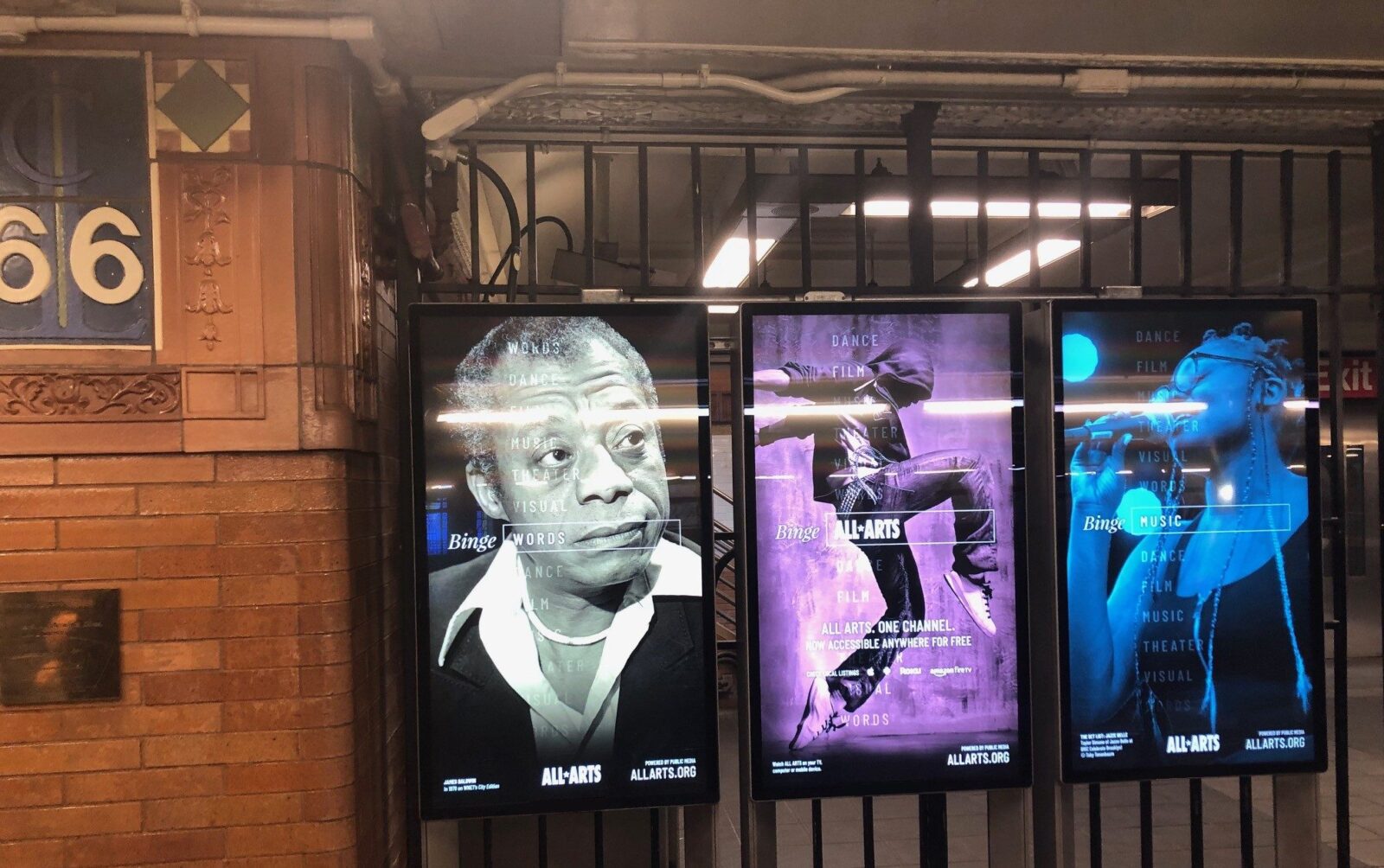 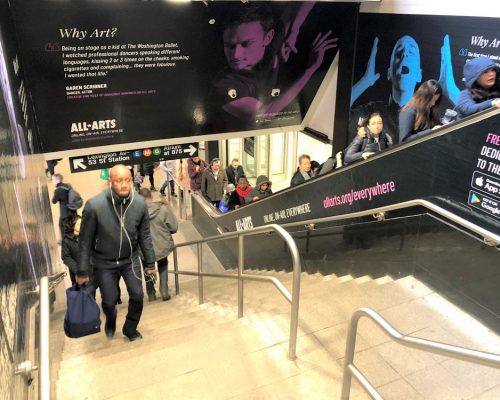 Subway Entrance Dominations take over the entrance/exit to subway lines. These entrances experiences heavy commuter traffic and are located in high traffic stations such as Union Square and Midtown.

Subway brand cars offer advertisers the unique opportunity to completely own the inside of their subway car. Distributed on hundreds of cars throughout the subway system, this is a top choice for brands wanting to make a huge impact! 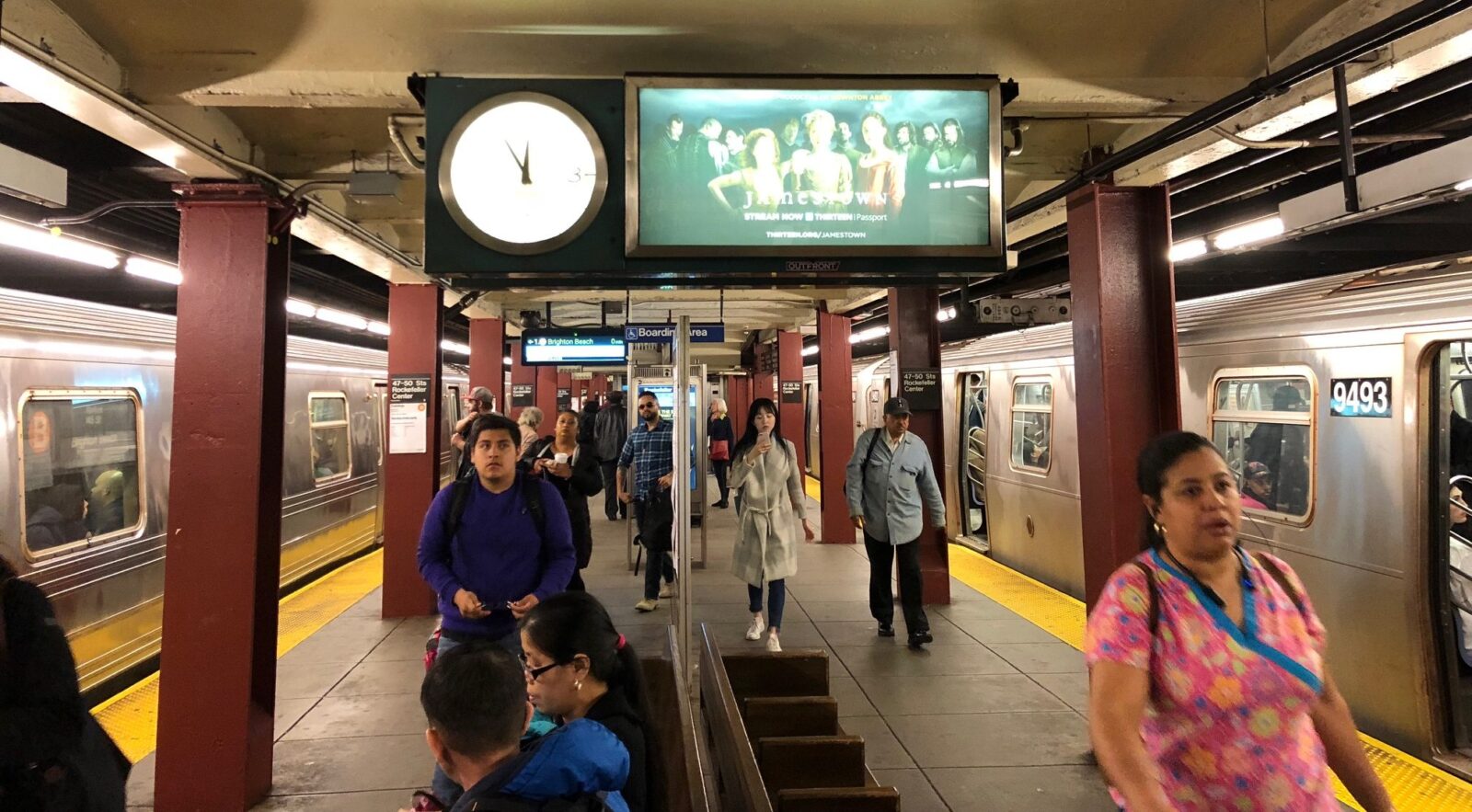 With over 175 Subway Clocks strategically located throughout the entire subway system, subway advertising with clocks can easily target key demographics including ethnic and upscale audiences, penetrating major retail and trade zones by effectively utilizing this commuter focal point to develop and strengthen your brand awareness. Subway Clocks are completely unobstructed and located in a clutter-free environment that attracts the eye — developing a connection between your message and the passerby.