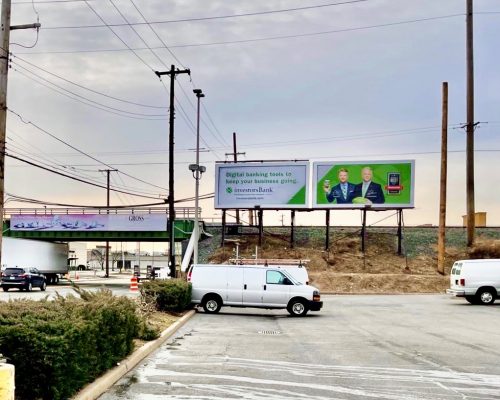 Investors Bank launched a multi billboard campaign throughout Long Island surrounding their many locations. By using multiple units, they are able to broaden their reach across several towns and target more consumers. These formats are located on key highways, intersections and choke points in major cities, which offer unparalleled large format advertising. Above all, a billboard campaign can offer tremendous visibility to vehicular traffic as they reach both the driver and all passengers on their commute to and from work or while out shopping on the weekends. In conclusion, billboards offer an enormous creative canvas which will make a major impact in the market.

Billboard advertising is one of the oldest media formats dating back to the 1900’s. Making up more than 65% of the different outdoor advertising formats, billboard campaign’s are the most popular. With OOH advertising, the consumer can not turn it off, block, or skip the ad, making billboards a prime real estate for your brand.